The Monument is meant to be experienced not only from the outside, but from the inside. Architect Robert Mills designed the structure to last the ages, and its foundations go deep in the ground. Built of marble over a brick and stone rubble core, the Monument consists of three principal spaces; the gallery, the stairs, and the lookout. Subterranean vaults (not open to the public) support the gallery above, and a central core foundation goes even deeper.

Many of the other Monument finishes, including the interior plaster walls, the doors, and the surrounding decorative fence are not what the seem—they are all decorative finishes made to look like stone or bronze, as was originally intended.

For two centuries visitors have been climbing the 227 steps to take in views of the city of Baltimore. 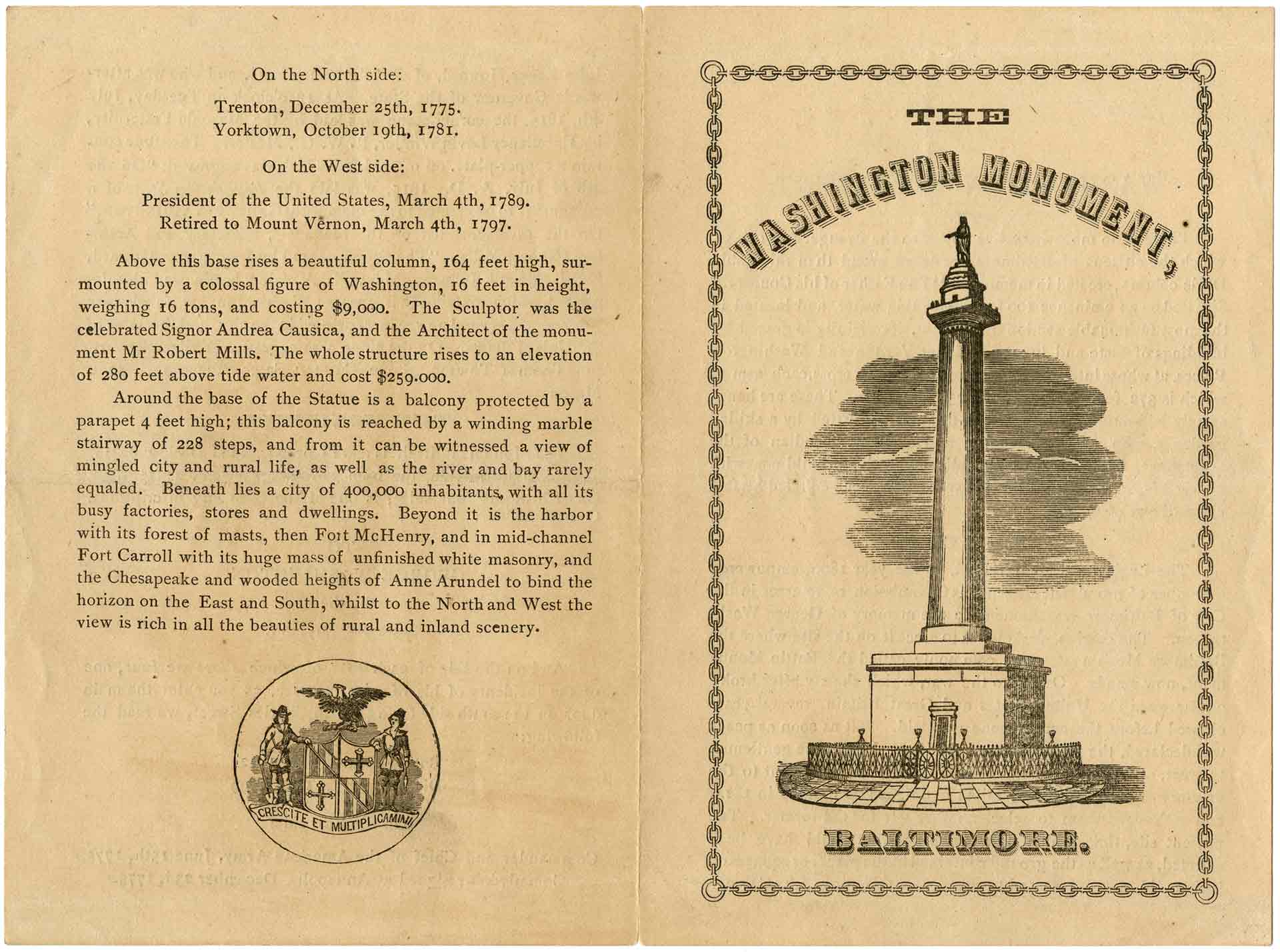